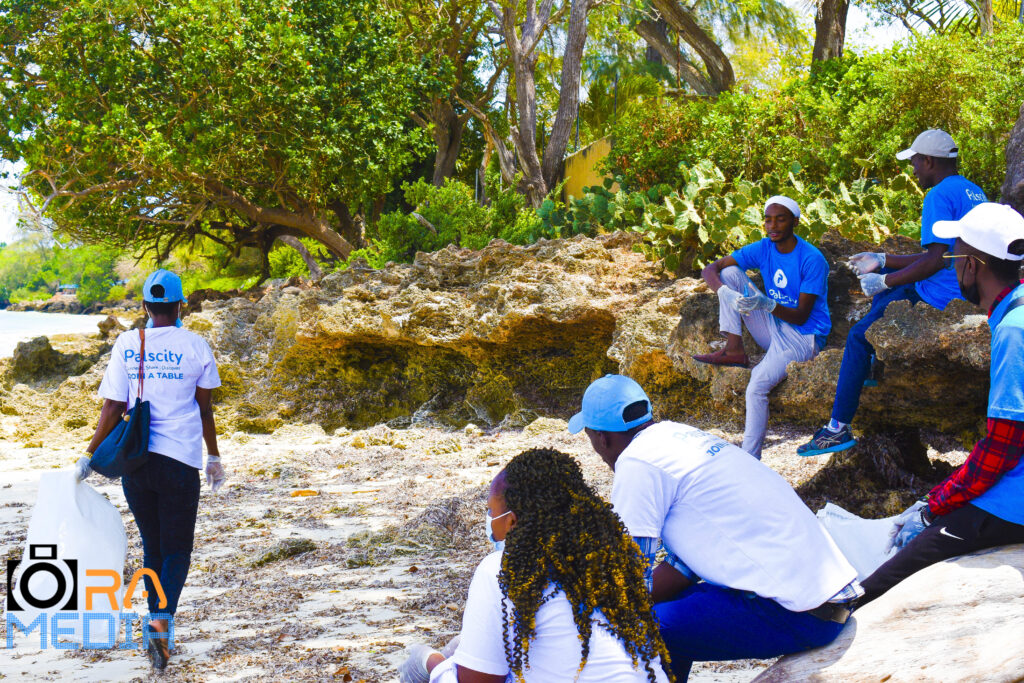 Environmental responsibility is the duty that a business or an individual has to perform in a way to keep the environment safe. This include but not limited to:

In this area, Palscity Foundation seeks to be on the forefront in championing for general Climate Change and Environmental Sustainability programs in the society.

Our key objectives on the environment are:

This shall be achieved through two main ways namely:

There are four major programs under this:

Agriculture is our wisest pursuit, because it will in the end contribute most to real wealth, good morals, and happiness.
Through agriculture, one creates an independent mindset. This is the spirit Palscity Foundation is set to instill in mostly the youth in our society. Investing in agriculture through the help of the modern technology will enable youth to become independent and focused citizens who will be able to create wealth out of their own efforts and in turn contribute to economic growth and limit violence and criminal activities in the society.
Palscity Foundation will work hand in hand with various stakeholders in order to provide market for farm produce through the e-commerce platform that gives opportunity to the youth.

Climate Change is a change in the statistical distribution of weather patterns when that change lasts for an extended period of time.
It is caused by factors such as biotic processes, variations in solar radiation received by Earth, plate tectonics, and volcanic eruptions.
Certain human activities have been identified as primary causes of ongoing climate change, often referred to as global warming.
The term “climate change” is often used to refer specifically to anthropogenic climate change also known as global warming. Anthropogenic climate change is caused by human activity, as opposed to changes in climate that may have resulted as part of Earth’s natural processes.
In this sense, especially in the context of environmental policy, the term climate change has become synonymous with anthropogenic global warming.
Within scientific journals, global warming refers to surface temperature increases while climate change includes global warming and everything else that increases greenhouse gas levels effect. The main long-term impacts of climate change include: Changing rainfall patterns affecting agriculture and reducing food security; Worsening water security; Decreasing fish resources in large lakes due to rising temperatures; Increasing vector-borne diseases; Rising sea levels affecting low-lying Coastal areas with large populations; and Increasing water stress.
This program works to ensure a clear understanding that Climate Change is a major source of impediment to Sustainable Development and device appropriate ways of response to climate change in Africa and the whole globe. At the same time the program will focus on the dual relationship between sustainable development and climate change. Climate Change influences key natural and human living conditions and therefore forming the basis for sustainable development, while on the other hand, society’s priorities on sustainable development influence both the Green House Gas emissions that are causing climate change and the vulnerability, the program is keen on the need for the exploration of policies that jointly address Sustainable Development and Climate Change

Sustainable Waste Management, Environmental pollution management and control Program
This program works to ensure that each one of us takes responsibility on all waste produced. The program is guided by the principle that waste is not only the responsibility of someone who moves it around or who manages or disposes it. The program reviews and defines various types and levels of waste management and their respective responsibilities. It also works towards managing the environment to prevent and control pollution. Pollution is the contamination of the environment which causes adverse change. Living in areas of high pollution has serious long term health effects. People of all ages who live in high pollution areas for extended periods place themselves at increased risk of various neurological disorders. Pollution control is necessary without which the waste products from consumption, heating, agriculture, mining, manufacturing, transportation and other human activities, whether they accumulate or disperse, will degrade the environment. In the hierarchy of controls, pollution prevention and waste minimization are more desirable than pollution control. The areas under this program are largely categorized as;

Palscity Foundation is a non-profit organization to support people worldwide and keep an eye in the future Support.